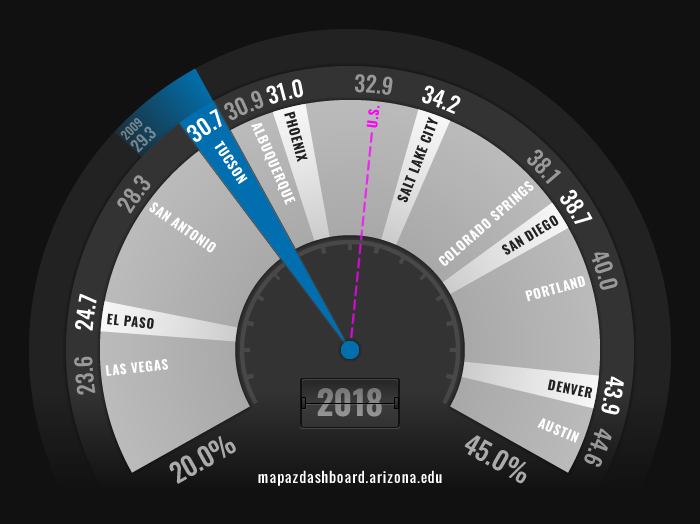 The working age college attainment rate reflects the share of the population age 25-64 with a Bachelor’s degree or better. The population age 25-64 includes employed residents, as well as residents that are unemployed and those that have left the labor force. These data come from the U.S. Census Bureau and are the American Community Survey five-year estimates for 2009 and 2018. The ACS is a nationwide rolling sample survey that produces one-year and five-year estimates on demographic, social, housing, and economic measures. Note that the ACS five-year estimates are produced over a five year time period and can only be compared to non-overlapping five-year estimates (for example: 2005-2009 and 2010-2014). Data for 2000 are drawn from the Census 2000 SF3 sample.