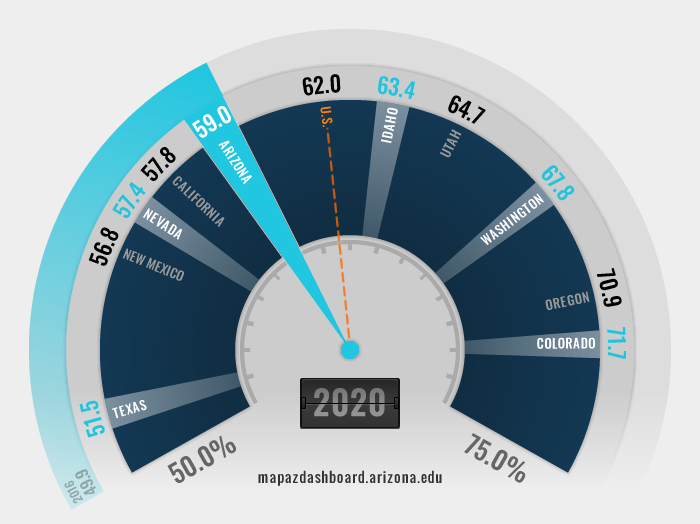 Voter turnout is a measure of civic engagement and willingness to participate in the political process. Low voter turnout may be a result of a multitude of factors, including but not limited to socioeconomic status, age, disillusionment, indifference, or contentment. Generally speaking, higher voter turnout is desirable, as it lends to election results that reflect the will of the people.

The troughs of the graph represent the voter turnout rate in midterm election years.  Since 2000, the U.S. and Arizona have experienced a more substantial decline than the Tucson MSA, with 3.4, 1.3. and 0.4 percentage point decreases, respectively.

Voter turnout is measured by the percentage of the voting-age population that cast ballots. State data are from the U.S. Elections Project, while Arizona county data came directly from the Arizona Secretary of State’s official election canvass.