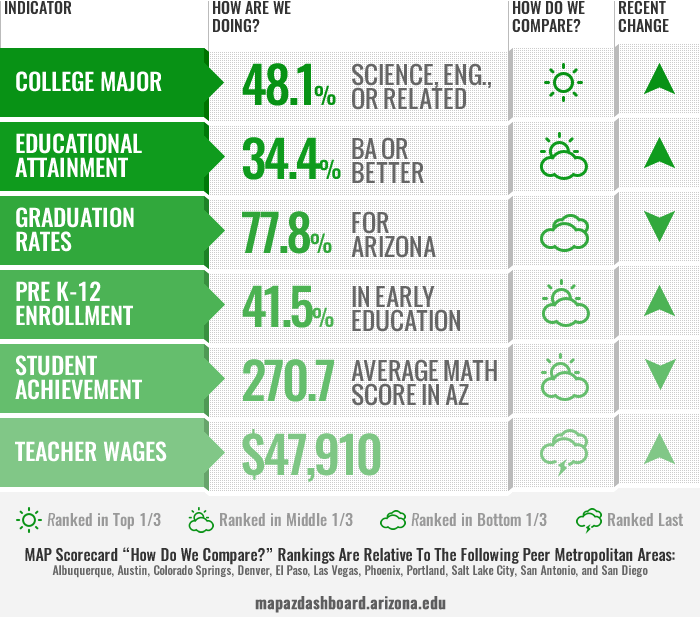 Education is one key driver of economic success, both for individuals and for regions. Individuals benefit from education in a variety of ways, including higher productivity, higher wages, better health outcomes, and less need for publicly funded economic assistance. In addition, research has shown that the benefits of education spill over to the region as a whole. Local areas with high concentrations of highly educated residents tend to have better aggregate socioeconomic outcomes, such as higher per capita income, lower crime, and faster job and population growth. Thus, less educated residents also benefit by locating in regions with high educational attainment rates.

Education can be tied to nearly every indicator in the MAP Dashboard.  For example, high levels of educational attainment are correlated with a more productive and innovative workforce, which contributes to faster economic growth, higher labor force participation rates, higher wages, and higher incomes.