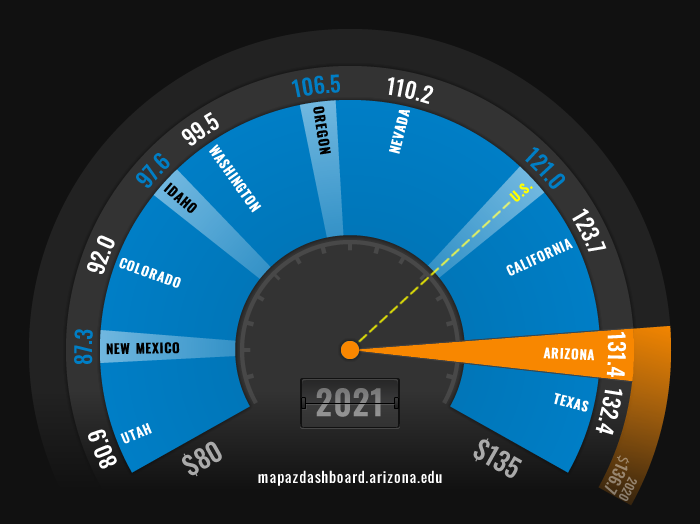 Utilities are considered natural monopolies, where competition and free-market entry do not exist; therefore, the government regulates electric utilities. Government regulation serves to ensure that service is adequate, companies are responsive, prices are fair, and that the utility sticks to strict safety standards. Even with government regulation, the average price of electricity can vary widely because of variations in the operating costs of the utility. Additionally, prices may vary based on time-of-day pricing and consumer charges.

Electricity use accounts for a large share of household spending. Customers who generate their own electricity through net metering may reduce their utility purchases and sell energy back to a utility. Net metering is one way that electricity consumers are reducing their overall energy costs. Households that participate in net metering typically generate energy through personal solar collection, but may also use other means, such as wind, hydroelectric, or virtual solar.

In 2021, there was a significant variation in the average electricity price among utility companies located in Arizona with prices ranging from 8.2 cents per kWh to 14.6. The second highest-priced utility, at 14.3 cents per kWh, was Trico Electric Cooperative, which serves portions of Pima County.

The U.S. Energy Information Administration (EIA) reports data on the average price of electricity for the U.S., the states, and utility providers. Net metering data is reported to the EIA by each individual utility, which EIA compiles and publishes for the public. The EIA is the statistical and analytical agency within the U.S. Department of Energy. They collect, analyze, and disseminate information that covers the full spectrum of energy sources, end uses, and energy flows. Data is reported monthly and annually.