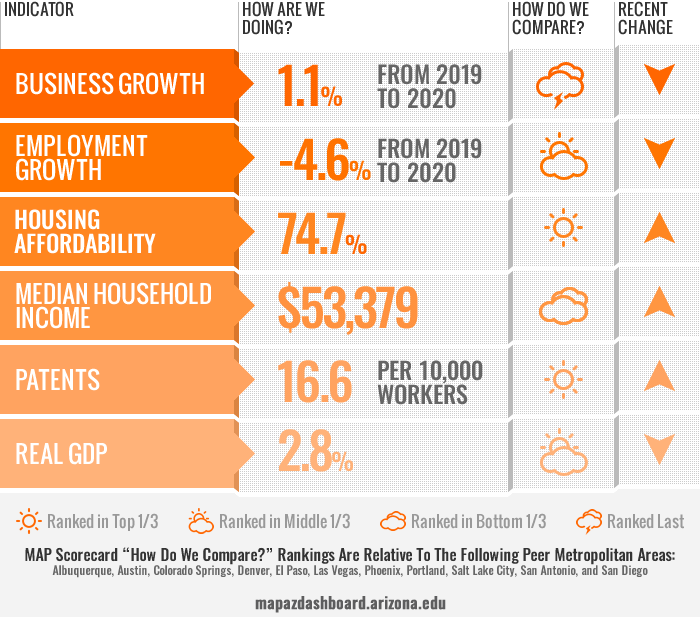 An economy is defined by the production, distribution, and consumption of goods and services.  The decisions of individuals and firms interacting in this process determine how economic resources are allocated.  The quality of a region’s economy reflects the opportunities available to individuals and businesses.  Strong economies typically result in a high standard of living, higher wages, and consistent job growth.  Stable economies include a diverse mix of industries offering a wide range of jobs with varying skill requirements. Improving the economic performance and opportunities within a region are often the primary goal of civic leaders and elected officials. The economic indicators included in this section help identify where Southern Arizona stands in comparison to other economic regions in the western United States.

The economic performance of a region significantly impacts local residents and businesses.  One of the fundamental drivers of a strong economy is the four-year college attainment rate. A highly educated workforce is often correlated with increased productivity and innovation, which contributes to faster economic growth. Regions with strong economies provide residents with opportunities, such as higher wages and job growth.  Higher wages result in increased levels of household income, which leads to lower rates of poverty, teen births, crime, fewer households that are cost-burdened, and a higher percentage of the population with health insurance.