There are over 500,000 veterans living in Arizona. This translated into 10.8% of the population over 18 for the state of Arizona in 2013, ranking Arizona among the top 15 states with the highest concentration of veterans. It was also higher than the national figure of 9.0%. Among the states referred to on the MAP Dashboard, only Washington, New Mexico and Nevada had a higher percent of veterans. Below are some interesting facts concerning Arizona’s veteran population in honor of Veteran’s Day on November 11th.

Maricopa, being the largest county in terms of population, contained the largest number of veterans in the state, but the county with the largest concentration of veterans was Cochise, with 19.4% of the population over 18 being veterans. The percent of people in Pima County who formerly served in the military was 12.2%, while Santa Cruz had the smallest percentage of veteran population, 6.7%.

The state of Arizona's veteran population is 10.8%. 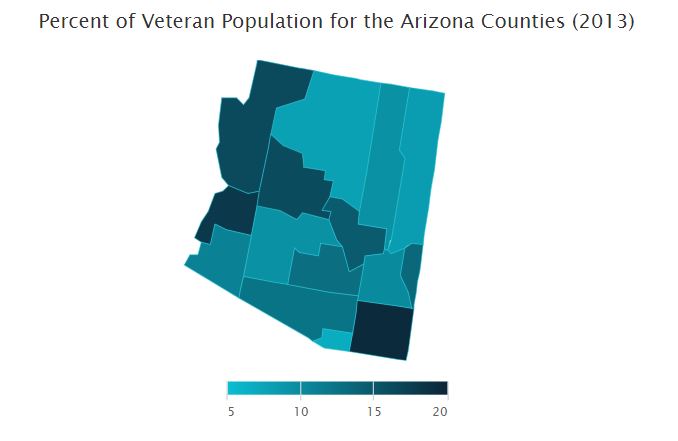 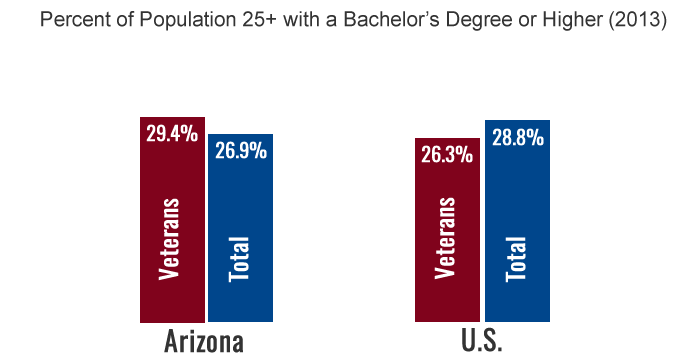 Arizona closely mirrors the U.S. in the composition of veterans by service period. Veterans that served during the Vietnam era by far represented the largest percentage. Vietnam era veterans were the largest segment in every county in Arizona. 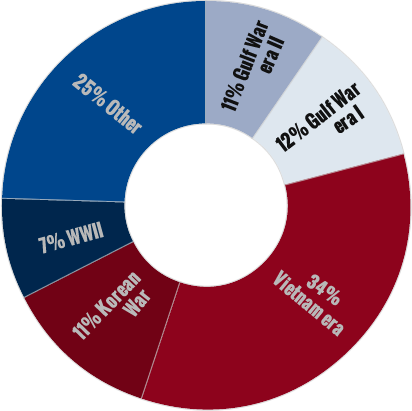