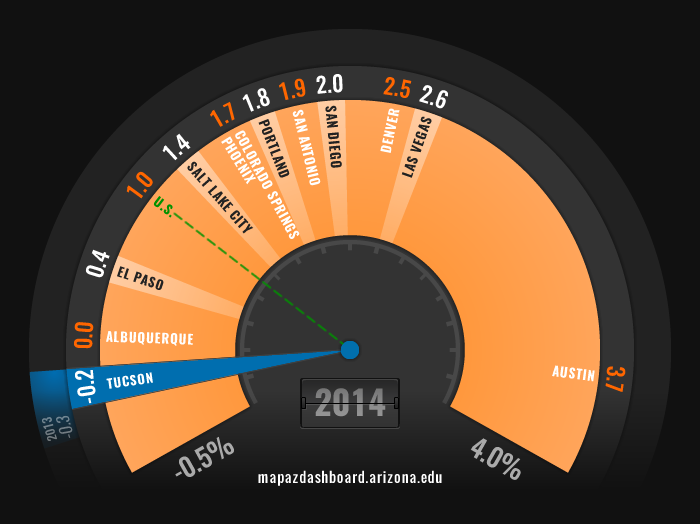 In 2014, leisure and hospitality generated the most establishments in the Tucson MSA (34), followed by education and health services (27); and information (5). Construction and financial activities generated far fewer establishments. Losses in manufacturing and natural resources and mining reflect, in part, the capital-intensive nature of these sectors, which make industry entry and exit relatively expensive.

Estimates for the number of establishments come from the County Business Patterns (CBP) while estimates of business starts, expansions, contractions, and closures come from Statistics of U.S. Businesses (SUSB). Both are annual datasets maintained by the U.S. Census Bureau and extracted from the Business Register. These datasets cover businesses that generate most of the country's economic activity. The data exclude non-employer businesses, private households, railroads, agricultural production, and most government entities.