How did the 28 largest cities, towns, and census designated places in Southern Arizona perform in measures such as income, population growth, and college attainment? This article will explore the key trends for these measures between the years 2000 and 2016. Hereafter, when discussing multiple cities, towns, or census designated places (CDP) the general term places will be used. Don’t forget to check out the Southern Arizona Annual Snapshot and the special feature on Income and Earnings for additional information on these Southern Arizona places.

Between 2000 and 2016, 16 of the 28 Southern Arizona places posted population growth rates that met or surpassed the U.S. rate of 13.2% (figure 1). The city of Maricopa, located in Pinal County (south of the Phoenix city center), posted the fastest increase in population, with a growth rate of 4,272.4%. Other places in Southern Arizona with rapid increases in population include the city of Sahuarita at 756.9% and the town of Marana at 196.7%. Notable decreases in population occurred in the city of Bisbee, Morenci CDP, and cities of Willcox and Nogales. 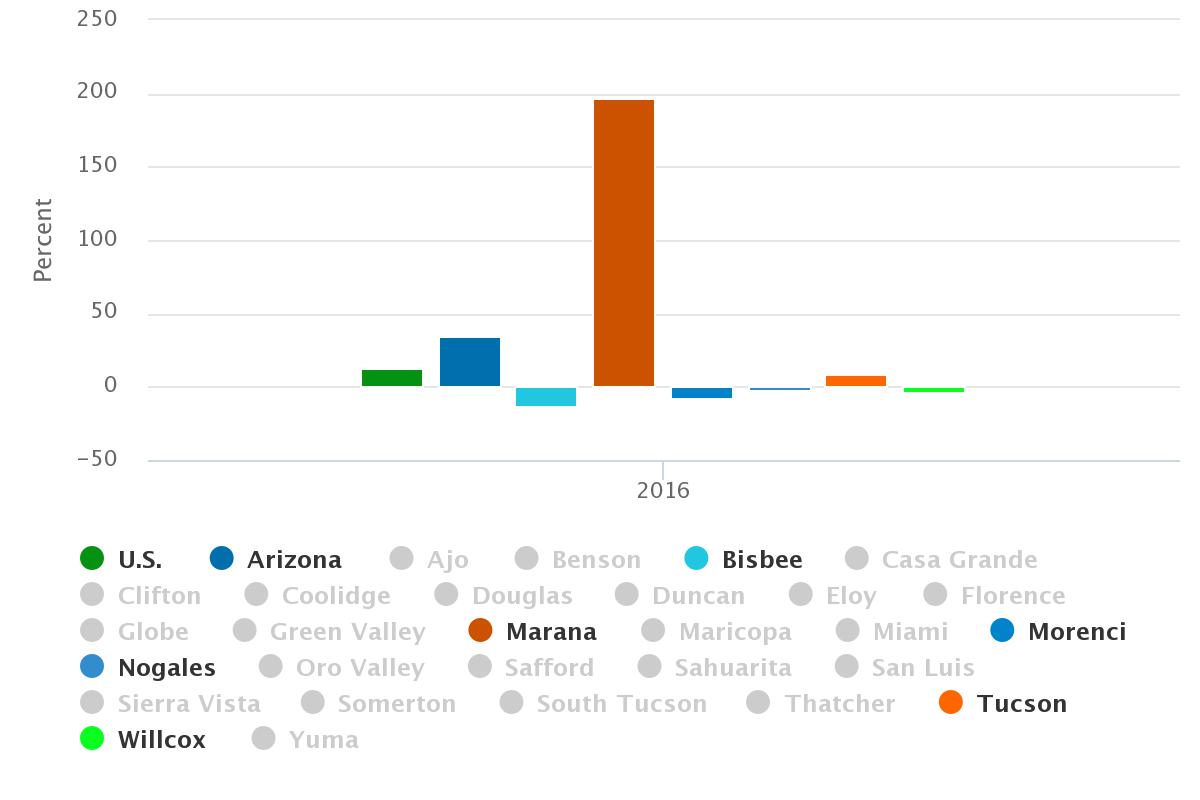 Key metrics of local economic performance are population and income growth. Let’s explore the trend for one measure of income: median household income. This indicator is an important gauge of the economic well-being of a region. It provides information about the financial resources available to households and is closely linked to employment levels, educational attainment, and regional economic opportunities. 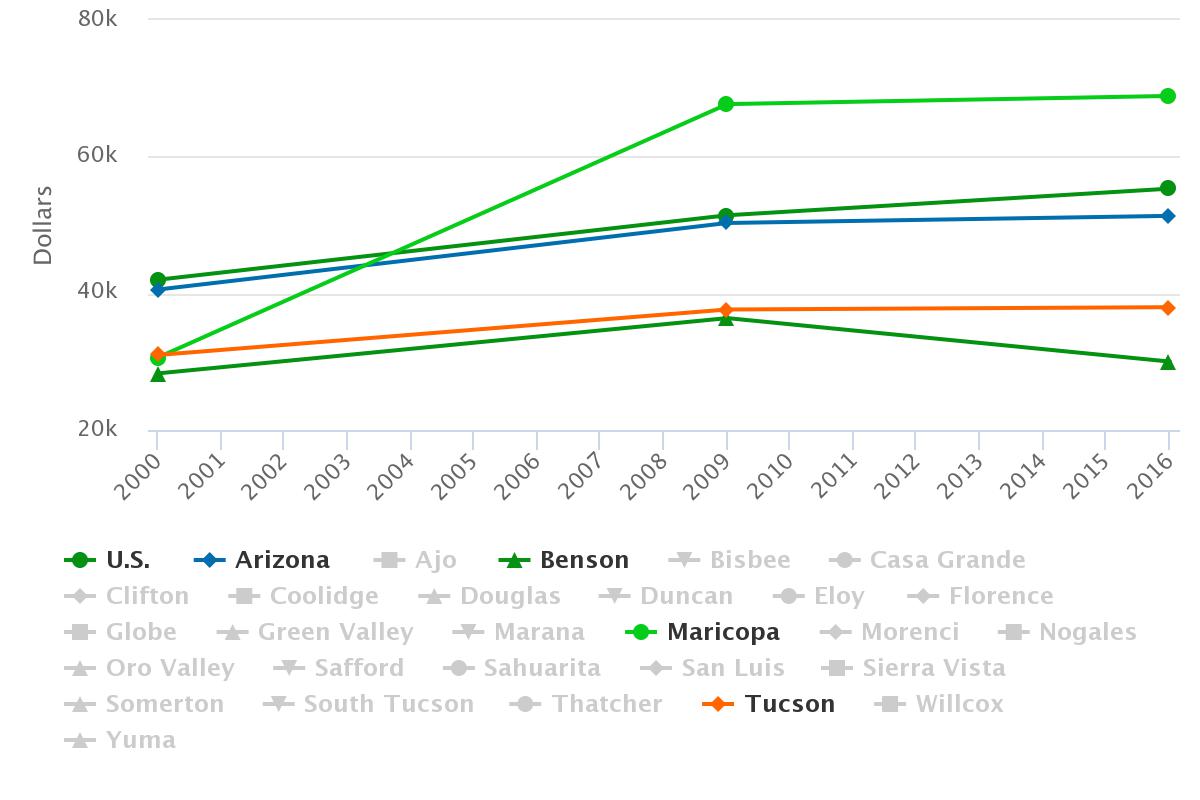 Closely linked to long-run income is the level of educational attainment for a region’s residents. Educational attainment is also a critical driver of job and population growth. Regions with a high concentration of highly educated residents tend to perform better across many socioeconomic indicators, including poverty, crime rates, and unemployment.

Nationally, the college attainment rate, defined as the share of residents age 25 and older with a Bachelor’s degree or more, increased by 5.9 percentage points from 2000 to 2016. Arizona’s rate rose slower, up by 4.5 percentage points. The city of Maricopa far outpaced the other Southern Arizona places, with an increase of 23.6 percentage points. Several places in Southern Arizona posted a decrease in the four-year college attainment rate during this period including the cities of Casa Grande, Douglas, Safford, South Tucson and the Morenci CDP (see Figure 3).

Figure 3: Population 25+ with a Bachelor's Degree or Higher 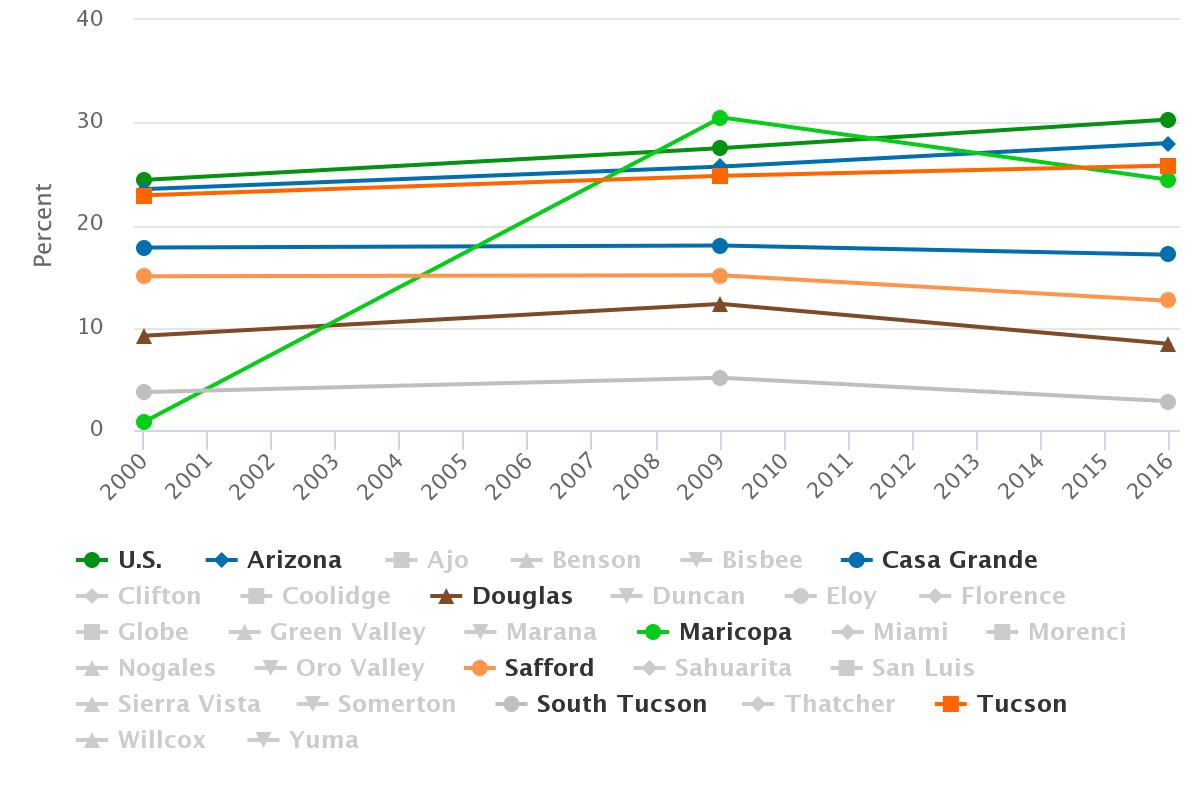 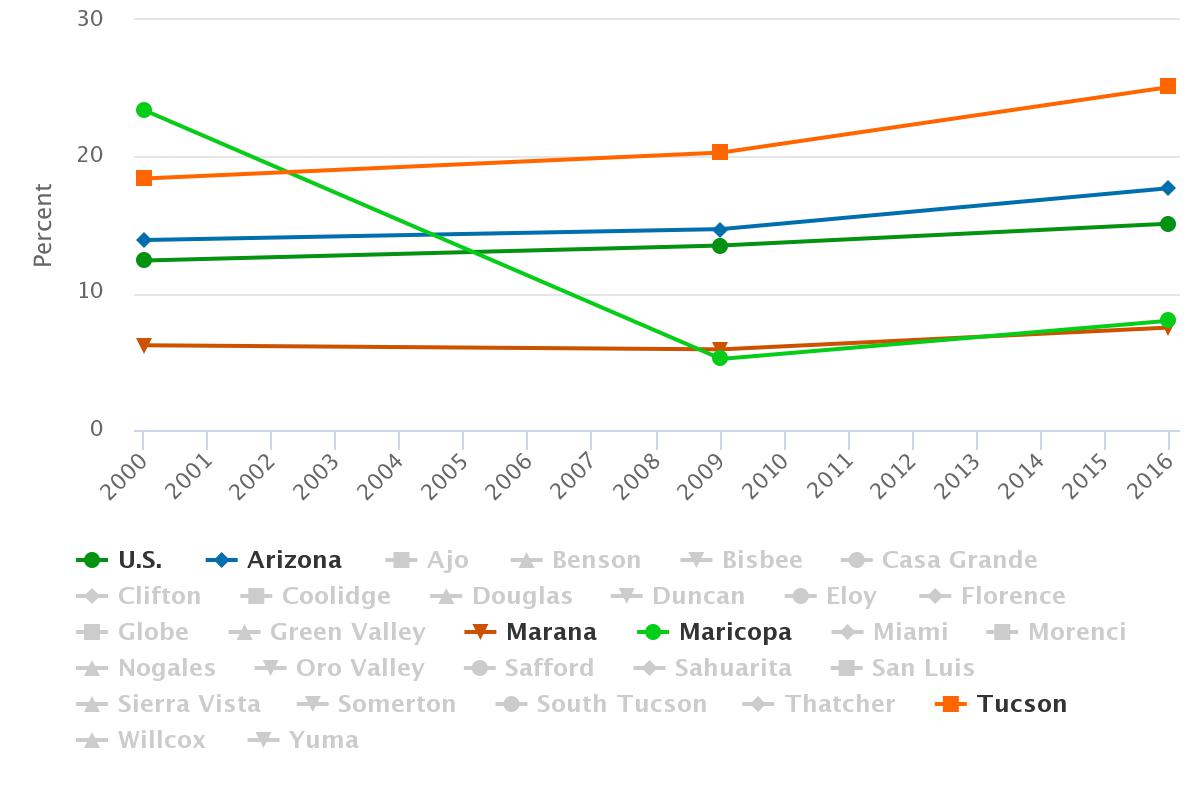 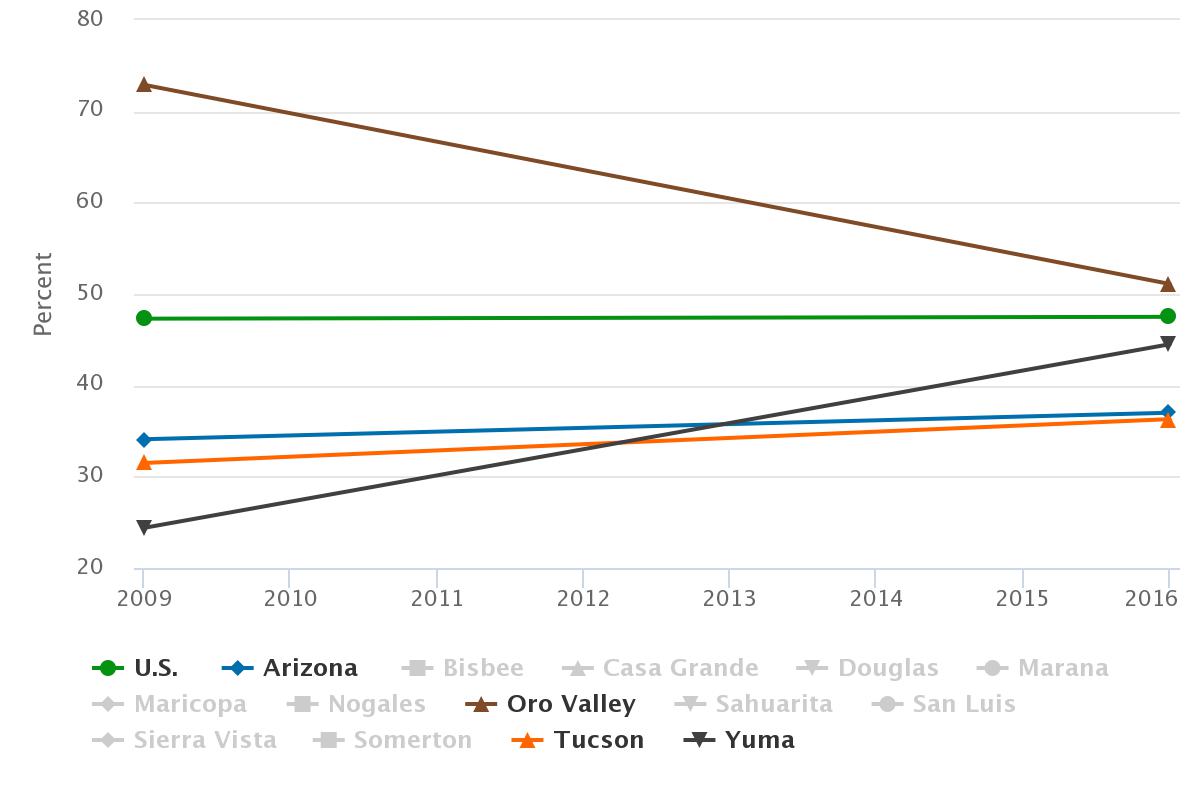 Do not forget to check back often for in-depth feature articles on the 28 most populous places in Southern Arizona. All special feature published to date on the Southern Arizona places can be found in the Library section of the MAP.