It’s not just about you: How your education can raise wages for others

Why might that happen? It’s driven in part by the sharing of knowledge and skills, both formally and informally, across workers in a city. Thus, an individual with less education may pick up ideas and skills from more highly educated residents, just because he/she lives in the same city. Ideas really do rub off on others within the same city.

It’s also driven by the fact that cities with more highly educated workers tend to be more productive, innovative, and competitive. 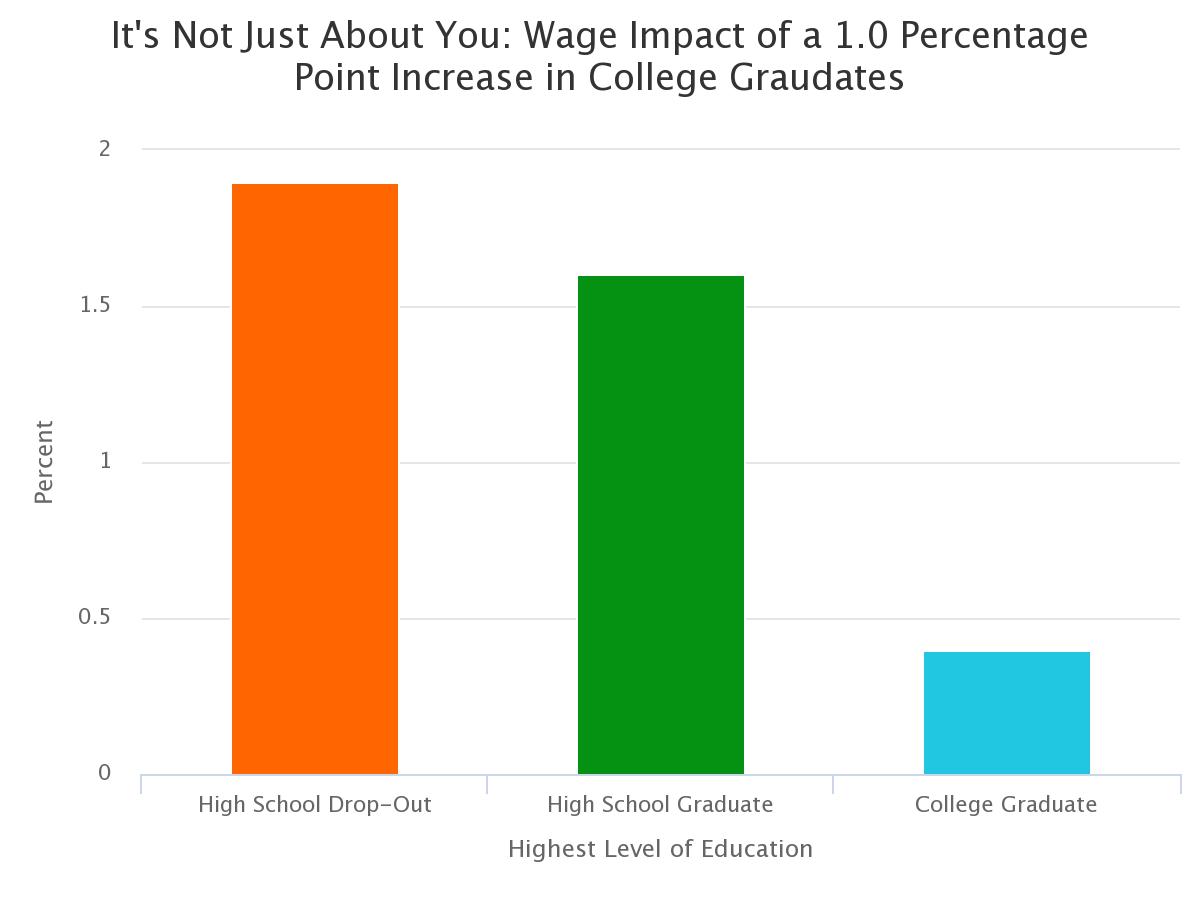 The four-year college attainment rate for employed residents in Tucson was 29.8% in 2013. That ranked the metropolitan area ninth out of 12 comparison metropolitan areas in the West. It was also below the national average of 32.7%. Denver posted the highest rate in 2012, at 42.3%, while Las Vegas registered the lowest rate, at 22.5%.

Recent data suggest that there is plenty of room for improvement in Tucson’s college attainment rate and research shows that there would be significant rewards to doing so. 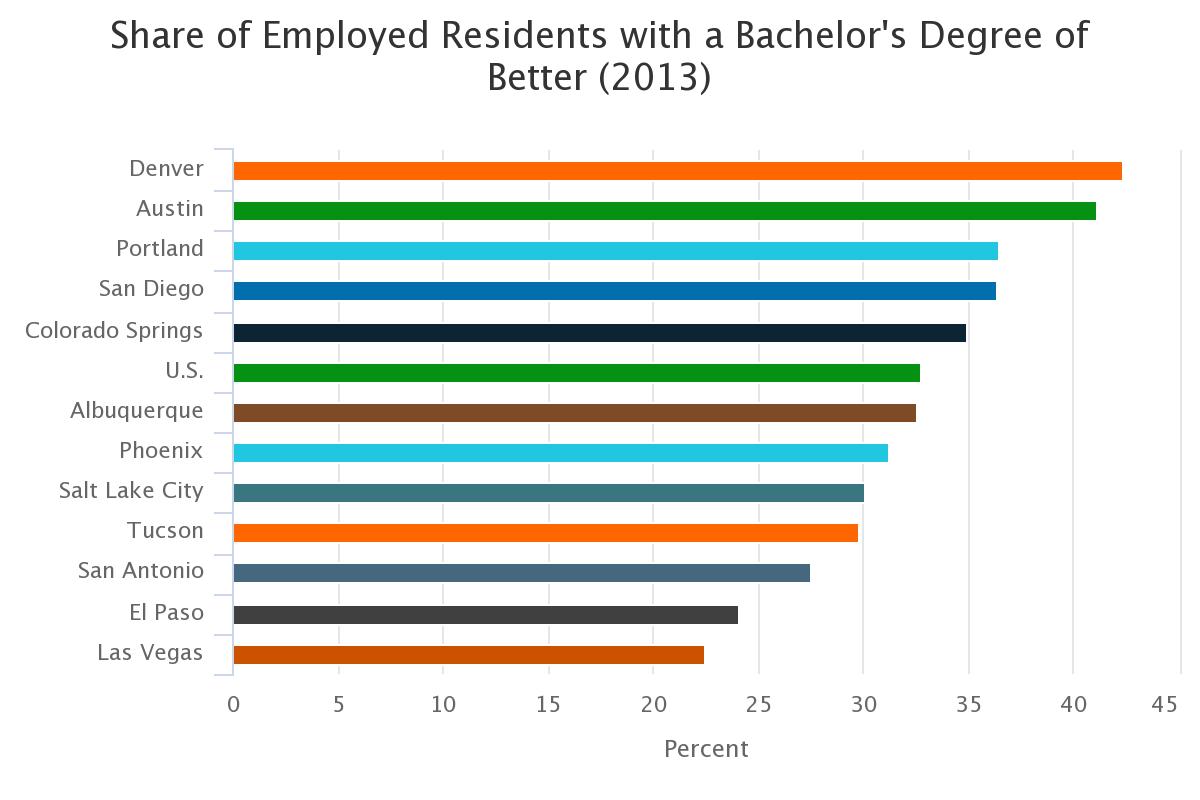