Current data suggests that those with certain underlying medical conditions might be at a higher risk for severe illness from COVID-19, according to the Center for Disease Control and Prevention (CDC). The CDC lists the following as high-risk conditions: chronic kidney disease, chronic obstructive pulmonary disease, immunocompromised, obesity, serious heart conditions, sickle cell disease, and diabetes. The MAP Dashboard maintains several of these indicators on the Physical Well-Being page and updates them annually. This article reports the latest Tucson data available on the prevalence of chronic conditions that are considered comorbidities of COVID-19. Individuals with these chronic conditions are at higher risk for severe illness from COVID-19.

A recent study1 published in the Journal of the American Medical Association found that the most common comorbidities among patients hospitalized with COVID-19 in the New York City area were hypertension, obesity, and diabetes. Of the 5,600 patients sampled, hypertension occurred at a rate of 56.6%, obesity at 41.7%, and diabetes at 33.8%. Other studies have also found similar rates of hypertension, obesity, and diabetes among those experiencing severe illness from COVID-19. Currently, data on the prevalence of those with COVID-19 and comorbidities in Arizona is not available. However, the Arizona Department of Health Services does provide detailed data for COVID-19 cases by age group, gender, and race & ethnicity.

Figure 1: Percentage of Prevalence of Hypertension Among Adults (2017)

Figure 2: Percent of Adults Who Are Considered Obese (2016) 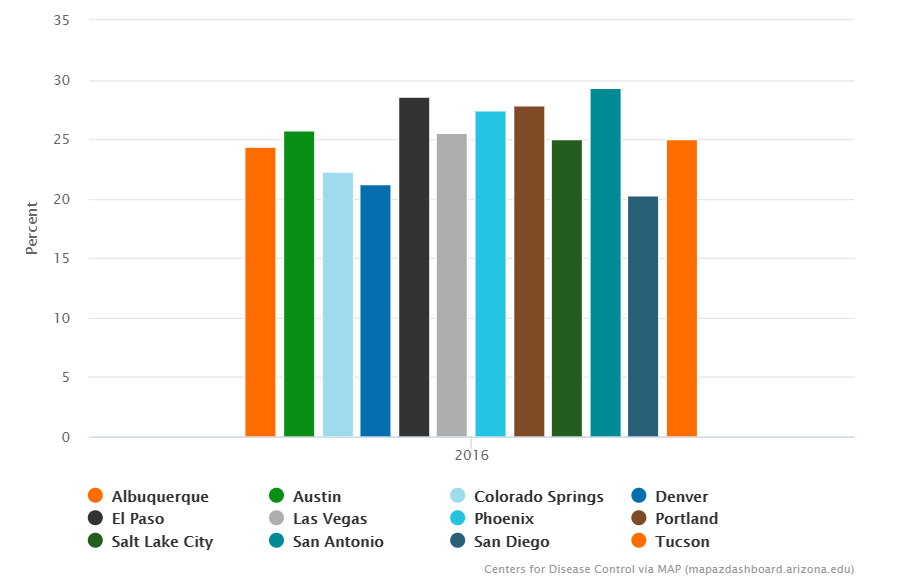 The percentage of the population who had a diagnosed prevalence of diabetes in 2016 ranged from 6.1 to 10.7 percent among the western metropolitan areas (see Figure 3). Tucson’s rate of 8.4% ranked it seventh, with Denver posting the lowest prevalence at 6.1% and Las Vegas the highest at 10.7%,

Figure 3: Percent of Population with Diagnosed Prevalence of Diabetes (2016) 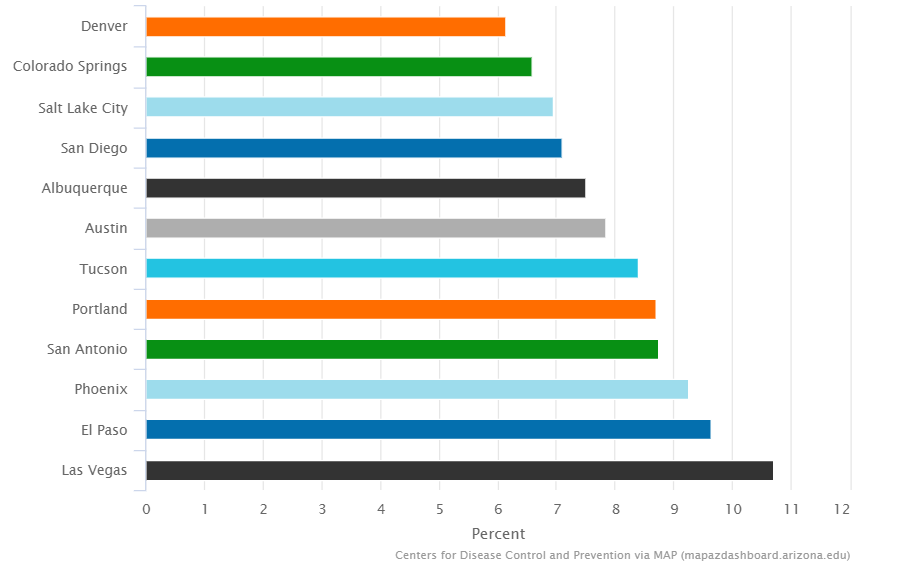 Additionally, data from the Behavioral Risk Factor Surveillance System (BRFSS) explores the percent of the population who reported having a heart condition. The latest publicly available data for Tucson is 2012. The reported incident of heart conditions, both heart attacks and coronary heart disease, are significantly lower for Tucson residents than those in the state or the nation as illustrated in Figure 4. In 2012, the reported rate of heart attacks was 2.9%, nearly half of the rate for the nation. Similarly, the reported rate for coronary heart disease at 3.2% was 1.2 percentage points lower than the nation. 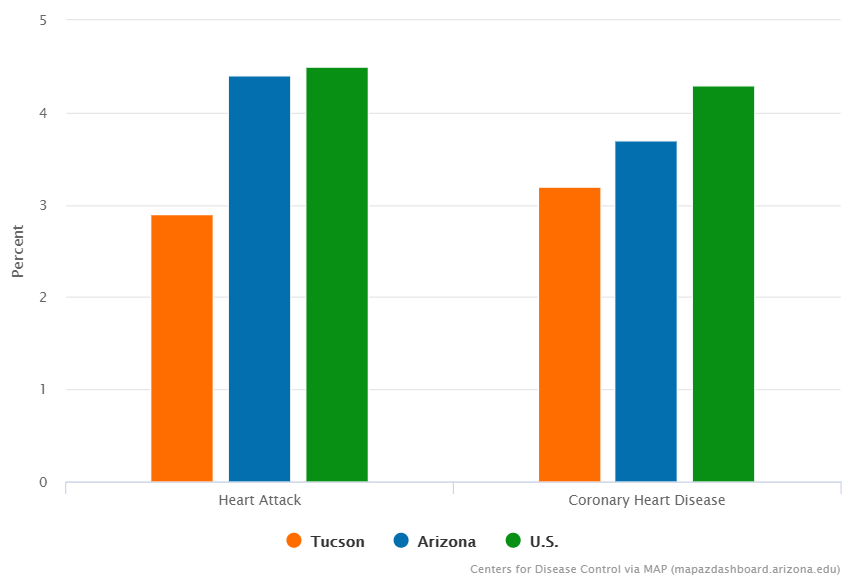